I'm sure we have all heard the phrase Monkey see, monkey do.

This common phrase is indeed a widespread phenomenon, where less matured people (aka children) or inexperienced people (aka junior staff) models their actions, speech and sometimes, even thoughts, after the "responsible" adult or the "professional" manager.

Recognizing this is a first step towards positive growth and development.

We as parents or managers need to be mindful of how we are reacting in different scenarios.

Are we team focused or often complain about team members?

Do we take responsibilities or blame circumstances?

Are we inclusive or condescending?

Are we positive or negative?

If we are stressed, disorganized and yell at people, a high likelihood would be your child would take after your traits too.

At one point, my daughter had trouble focusing on doing 1 thing at a time, she would fleet from activity to activity, or even while in the midst of an activity, her eyes would be glancing at the new activity her little brother was in and immediately scurry over to join in. Her curiosity is great, but her lack of attention was not. We as parents debated over this and believe the problem lies in us as parents having a hectic schedule, multi-tasking most of the time, hence, not providing the right model of concentration and completion of a task in a single pass.

At work, managers and colleagues all play a role in shaping the overall environment and how staff react to situations and conduct their daily activities.

For example, if everyone is in the habit of tearing down other people, and putting down other people's ideas, then good ideas would have a poor chance of succeeding. Another toxic environment to avoid is when everyone is too nice. They either give sandwich feedback, where no one really gets the real feedback to improve, or they just don't face the issue and give the right feedback. Senior leaders actions eventually trickle down to create and forms the work environment whether knowingly or unwittingly.

So, recognizing that your actions, speech and thoughts does indeed impact the people around you is an important good first step to take. After that, start with the snd in mind and decide what outcome you would like to achieve and work backwards from them to form your thoughts, speech and actions.

"Parenting is the new MBA: Succeed at work by applying parenting skills” is a column that combines 2 distinct areas of my life: my professional view on workplace management & my personal experience as a parent. 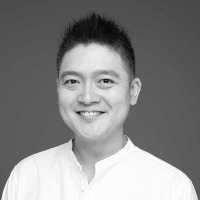 Edwin Ting
DaddyTing 2 min read
Kids Will Call You Out